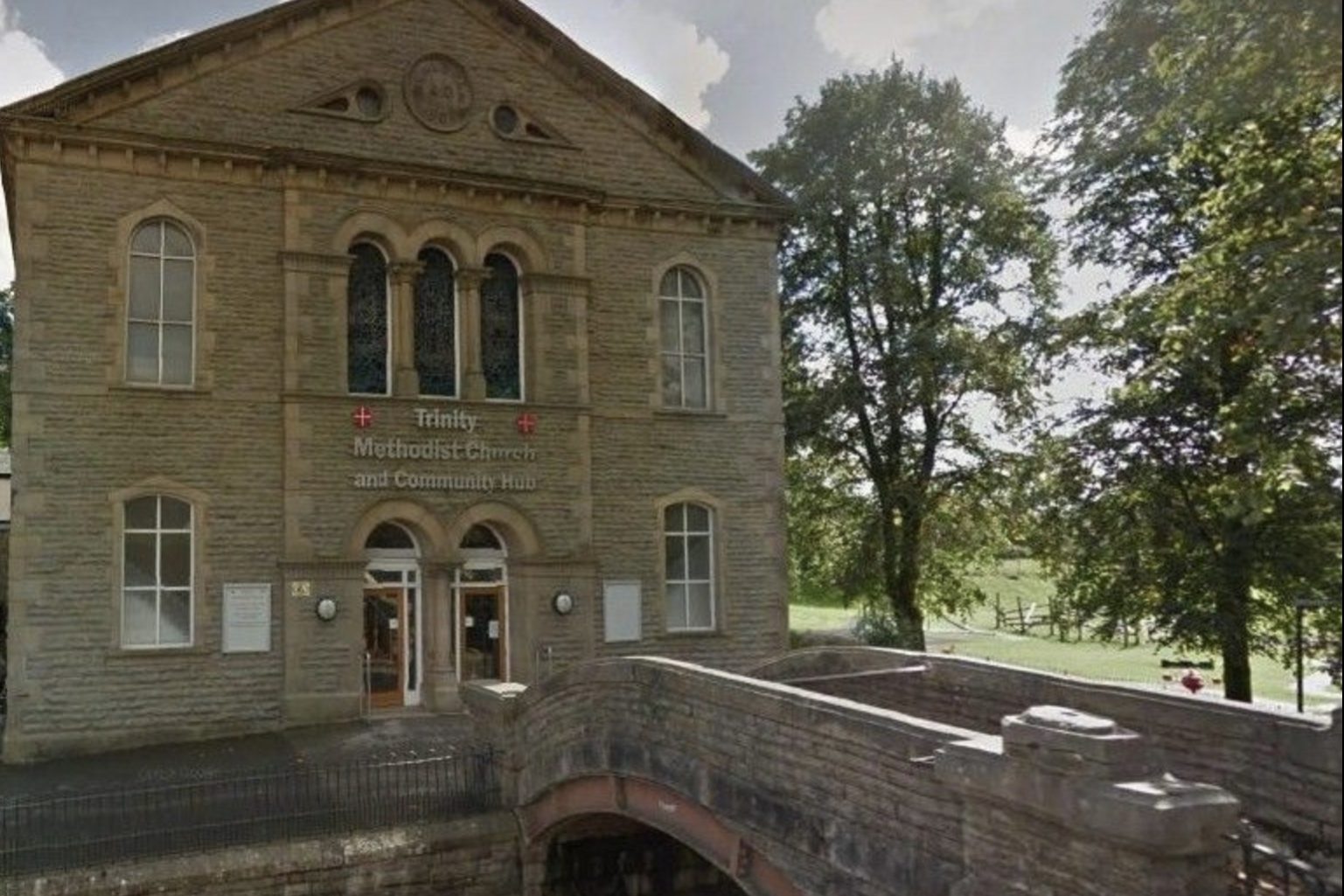 As we look forward to our reopening and unveiling our spectacular new facilities, we are grateful to local historian, Shirley Penman who has discovered this story from the reopening of the Wesley Chapel in a copy of the Blackburn Standard, 6 November 1880.

The service in connection with the re-opening of the Wesley Chapel, which has been closed for several weeks, owing to the erection of a bridge and the general beautifying of the chapel, were commenced on Monday last.

The chapel lies considerably below the level of the road leading over the railway bridge, and one of the approaches to the sacred edifice was from this road by means of a flight of stone steps, which, during the winter season particularly, considerably endangered the lives and limbs of those who availed themselves of that mode of approach.

To remedy this the trustees of the chapel obtained the consent of his Grace the Duke of Buccleuch to bridge over his road — a deep lane betwixt the high road and the chapel, leading to the cattle- and the Lancashire  and Yorkshire Railway Company gave their permission for one end of the bridge to rest on their road, and the result is that a most substantial bridge has been erected, having a lamp of unique design on each side of the entrance. The trustees have found it a fitting time to make the interior of the chapel in harmony with such an entrance. They have introduced cornices all round the building. The ceiling is thrown into panels, and the whole of the roof is of modern design and most artistic workmanship.

The gas fittings are new throughout and the old gas pendants are displaced by five others of a very ornate character, the centre one having 30 jets of lights, the four others having ten jets each. From the roof, to the depth of two yards, the walls around are beautifully stencilled, after a style in vogue during the 13th century. The pillars, being now mounted with Greek capitals, are completely metamorphosed. The rostrum has been replaced by a new pulpit, made of pitchpine, in the Nor- man style, and is of elaborate and substantial workman-ship, being profusely carved in various designs, a communion table attached occupying the front towards the base. The pulpit and all the pews in the chapel are capped with Spanish mahogany. Beneath the gallery, around the walls, a neat specimen of wood carving is displayed resting on the top of the pews, and surmounted by stencilling of an elaborate character.

The organ has been enlarged and greatly beautified. The minister’s vestry, too, has undergone a process of adornment. The woodwork alterations have been entrusted to Messrs. Ambrose Veevers and Son, Shaw Bridge, Mr. W. Hodgkinson, King Street having charge of the other interior decorations. The whole has been done at a cost of about £600, though a very considerable outlay is yet required to make the school premises at the back of the chapel adequate to the necessities of the school and congregation.

There are no upcoming events at this time.